Map showing some of the settlement at Castle Hill in 1804. The approximate area of the apparitions is shown as a pale red square at the top-right. While there is nothing shown on the colonial map the site is positioned on one of the tracks used in colonial days to access Vericourt de Clambe's farm and would have used by both the rebels and the defenders before and after the conflict. 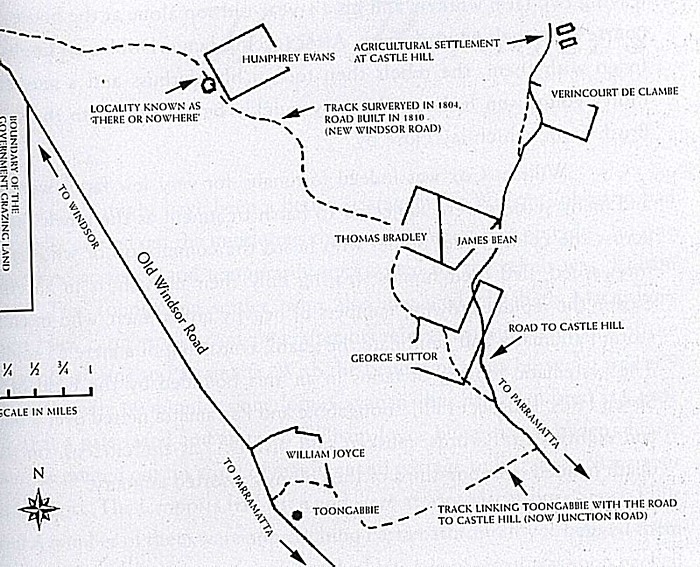 On the colonial trail at the end of Excelsior Ave