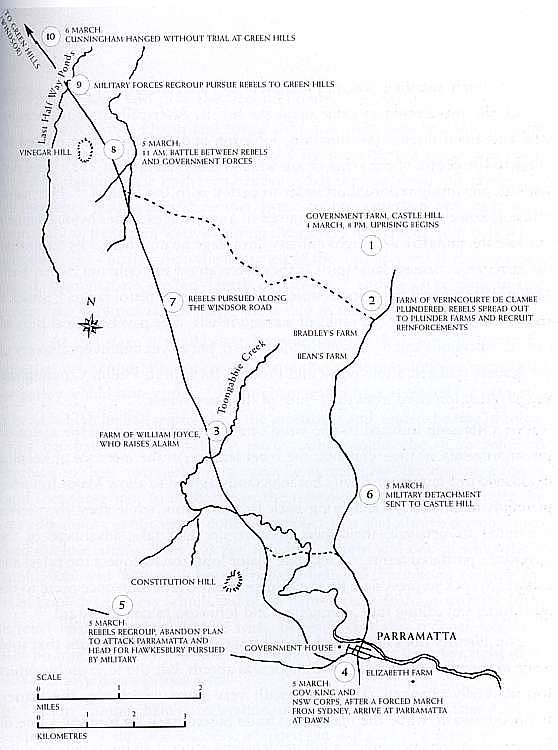 The convict ghosts were sighted at the position of the pale-red square. It's position relevant to the roads and tracks taken by rebels and soldiers on the day of the rebellion in 1840 are one reason I have theorised the ghost were victims of an atrocity during that action. I suspect the two ruts we hid in may have been subsidence on their actual graves, It would be good to dig there and have a look provided the place has not been built over yet!